We’ve all heard the words “net neutrality” bouncing around for the past few months. Many of us have no idea what this term means, even though we benefit from them every day. Here is what you need to know about this important topic. When you go on the internet you are first brought to your

We’ve all heard the words “net neutrality” bouncing around for the past few months. Many of us have no idea what this term means, even though we benefit from them every day. Here is what you need to know about this important topic. 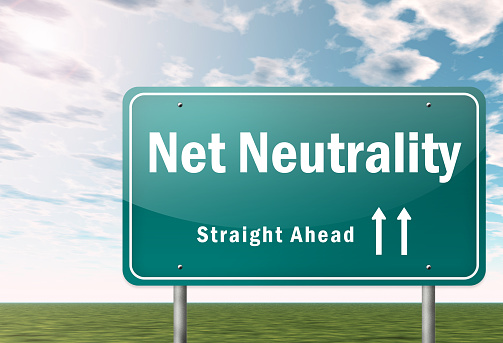 When you go on the internet you are first brought to your home page of your chosen search engine. For some people this home page is Bing, for others, Yahoo, for still others it is Google. From this starting point, you can go anywhere. If you are looking for a particular site, all you must do is type the address in and away you go. If you are looking for certain information, but don’t know exactly where to find it, all you must do is type in what you want to know more about and your search engine will bring you all results about that topic. Your internet service provider can’t decide which results to give you, so you end up being able to see all results available on the web. With the ending of net neutrality, this internet as we know it may come to an end.

What is Net Neutrality?

The phrase “net neutrality” basically means that all websites on the internet are treated the same by your internet service provider. They can’t discriminate against sites based on popularity, type, or any other factor. Meaning if you have CenturyLink as a provider, they are not allowed to block any sites from you or allowed to slow down services to certain sites. All websites get the same treatment across the board, regardless of their content or popularity.

For example, my internet service provider loads YouTube at the same speed that it loads Netflix. It doesn’t discriminate against the site in any way.

How does this affect me?

This is important because if internet service providers can change the way their service is provided to different sites this could mean your monthly billing would be set up similarly to a cable TV package. Certain packages could charge more for certain sites based on popularity (i.e. Facebook, Instagram, Snap Chat, YouTube).

Another possibility is packages could be set up based on the type of website. For example, one Internet service company in Portugal has packages for social media (Facebook, Instagram, LinkedIn, messenger, Tumblr, Pinterest, Snap Chat, and Twitter), for video (YouTube, Netflix), for music (Pandora, Sound Cloud) for email and cloud services (Gmail, google drive, yahoo, Hotmail, drop box), and for messaging (skype, kik, video messaging, and other internet based texting services). Each of these packages costs €4.99 or about $5.91.

This means that if I, an average internet user, wanted to access all the websites that I typically do every month I would have to pay for each of these packages because I use websites from all of them on a regular basis.

Why is This Only Now Becoming an Issue?

The Federal Communications Commission are the ones responsible for pushing the vote, which is set for December 14th of this year. Thus, the media is covering more and more of the story closer to the vote. It is very possible that the media would never have covered the story if it weren’t for the huge public outcry over the issue. A group of 28 senators headed by Senator Maggie Hanssen has written the FCC a letter asking for them to delay the vote until they can properly examine the document and gain a full understanding of the vote.

The short answer is internet service providers such as Comcast, Verizon, and CenturyLink stand to gain the most because under the new rules they would be permitted to charge their customers more for different internet packages.

What Other Countries Don’t Have Net Neutrality?

Many countries lack net neutrality. One example is Portugal. Their model could be like what would happen here in the U.S., with different packages and extra data costing more. If you want social media, it would cost a fee. If you want video streaming, that would cost another fee. This could happen with every type of application or website and end up costing quite a bit if you use multiple types of sites. Other countries without net neutrality include China, Turkey, Russia, Saudi Arabia, Pakistan, Uzbekistan, Iran, Syria, Kazakhstan, Sudan, Egypt, Venezuela, Ukraine, Ethiopia, Myanmar, Thailand, and Vietnam. The degree of restriction varies from country to country. Some places, like China, have government blocks on many popular websites such as YouTube, Gmail, Instagram, Pinterest, and more. China also has a very extensive government presence on what websites are not blocked to monitor public opinion current events. There are also many more countries that have partial net neutrality, or very minor regulations on their internet, Such as India.

The internet is hands-down humanity’s best invention. What makes it great is that all content and information is treated equally. It is the only source in the world that allows you to access any information from anywhere at any time. The ending of net neutrality would end the open internet as we know it. To mar the best invention humanity has ever created with more regulation and pay-for-services would be a great detriment to society.